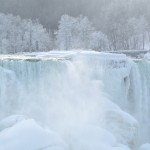 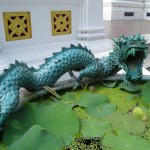 Imagine yourself Marco Polo in the 13th century chronicling his adventures in the Far East. Or a 17th century French fur trader experiencing Niagara Falls for the first time. Now try a 19th century Chinese laborer emigrating to California and working on the Transcontinental Railroad.

Can you conjure up some of the awe and excitement these pioneers must have felt? Did you ever long to be a pioneer yourself? To visit strange lands, learn a different language, return home a new person? Well, you are.

All of us living today are breaking fresh ground with computers, pushing the edges of IT exploration, establishing new paradigms and protocols for on-line activities, using “words” such as HTML and WYSIWYG and trying to create individual lifestyles that carefully (or haphazardly) incorporate the vast hardware and software the world has to offer. 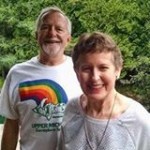 A conversation with Bill and Susanne Gay of Menomonee Falls, WI, easily underscores the concept of 21st Century Everyman as Pioneer. These two retired teachers (Bill, English Composition; and Susanne, Foreign Language) recalled their early interactions and wonderment with computers.

Nearly 30 years ago, a Social Studies colleague of Bill asked if he had “heard about this thing called the internet?” Bill was taken to their school’s Math Center where, sitting in front of a computer, his fellow teacher said, “Let’s walk down the Champs-Élysées.” As parts of Paris appeared on the screen, including close-ups of cars moving along the famous boulevard, Bill thought he was seeing alchemy.

To heighten the experience, his friend said, “Now we’re going to take a trip to the Louvre.” To Bill’s amazement, he was soon viewing some of his favorite paintings as they took a virtual trip thru the museum. Bill was excited when he arrived home that afternoon. He asked Susanne, “Have you heard about the internet? We need to have this at home.”

Around the same time, Bill and Susanne visited his aunt and uncle in St. Louis who had just purchased a Dell for the sole purpose of communicating with their far-away children and grandchildren via the internet. His relatives’ excitement with this technology was palpable. So, all things considered, Bill and Susanne wanted to be connected to the net, too. They decided to replace their old Apple IIe with a Dell that had state-of-the-art dial-up for full internet accessibility. 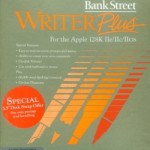 In the early years of educational computer programs, Bill remembers sitting in his school’s Apple Lab and being introduced to Bank Street Writer, one of the first word processors. (According to Wikipedia, “It was generally thought at the time to have changed the way students learned to write … and ma[de] the process of editing easier than with pencil, paper and eraser.”) “I stood there thinking I was looking at magic and couldn’t wait to try it myself,” he added. It was also on that day in that lab when Bill used the word “cursor” for the first time.

Soon Microsoft’s word-processing package made editing even easier. Kids could make revisions with ease, using “cut” and “paste.” Footnotes could be moved quickly from one page to the next. “All of a sudden,” Bill said, “it was like the second coming.”

Another early educational software package called The Oregon Trail (History Software by the Learning Company) was a wonderful classroom tool. Bill described it as “miraculous.” The computer game was meant to teach students the realities of travelling the Oregon Trail by covered wagon. Kids assumed different roles and were prompted to make decisions all along their “journey.” Of the period when this computer program and many others like it were being released, Bill stated, “What a time to be teaching.” 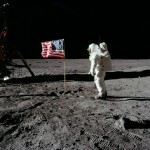 At the end of the interview, Bill and Susanne recounted the night of July 20, 1969, when they watched the first moon walk. Along with his grandmother and, believe it or not, a room full of strangers, Bill said they all watched silently, in awe. “We felt ourselves as pioneers,” he stated. It was true then. It’s still true today and every day as we move further and further into the Golden Age of Technology.

The Gays, by the way, are grateful to have Bill Hand as their guide!